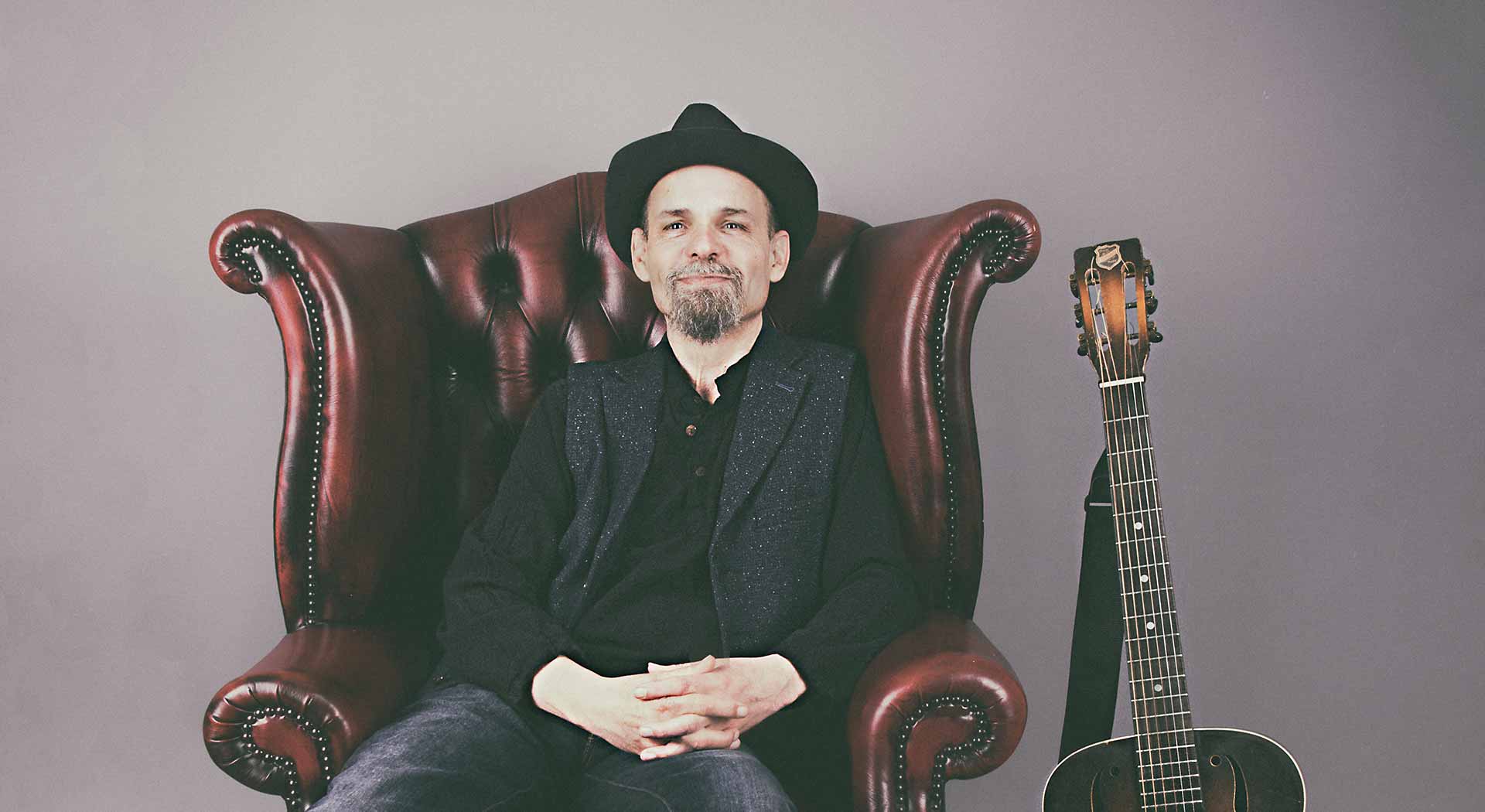 There is no one in music quite like Mark Harrison. He is widely considered one of the most original and interesting artists around. His highly individual, all-original music has taken him to some of the top venues and festivals in the UK, attracting acclaim wherever he goes. Recent appearances on BBC Radio 2, as guest on Cerys Matthews’s show and on the Pick Of The Week show, have further added to his growing reputation.

Described at BBC Radio 2 as ‘quirky’ and an artist who ‘makes you think afresh’, Mark is a totally original songwriter, a stunning guitarist, and a master storyteller. Mark’s live shows are well-known not only for the music but also for his introductions and explanations of the songs, delivered in a manner often described as ‘wry’ and ‘dry’.

Mark is known on the blues scene as someone who is doing something different with blues music. He was nominated in the 2021 UK Blues Awards and was recently on the cover of Blues in Britain.

A thrilling, rhythmic, finger-picker and slide player, with a very distinctive style, Mark tours extensively. He has released six albums which have been unanimously acclaimed across a wide range of areas of the music world, receiving a very great deal of airplay and highly enthusiastic reviews in the UK, Europe and the US.

2021 sees the release of Mark’s much-awaited new album, THE ROAD TO LIBERTY.

“Mark Harrison has been creating something of a stir … bringing a modern outlook to a traditional style, he is building a loyal and wide fan base” (Blues Matters)
“He takes very real things that happen in life and makes you think afresh about them” (Paul Jones, BBC Radio 2)
“The more I listen to Mark Harrison, the more I admire the man. He's a fantastic musician, he's got a great voice and what a songwriter! He's kind of reinvented the blues in this country. What a glorious sound he makes.” (Frank Hennessey, BBC Radio 2)
“Singular lyrics …an original take on song writing.” (Blues in Britain)
“Great stage presence … innovative …… if Top Of The Pops was still around, he might well be on it.” (Jazz FM)
“Fresh and stimulating … one of our most gifted talents.” (RnR magazine)
“Songs that are relevant and modern, with the feel of classics.” (Music News)