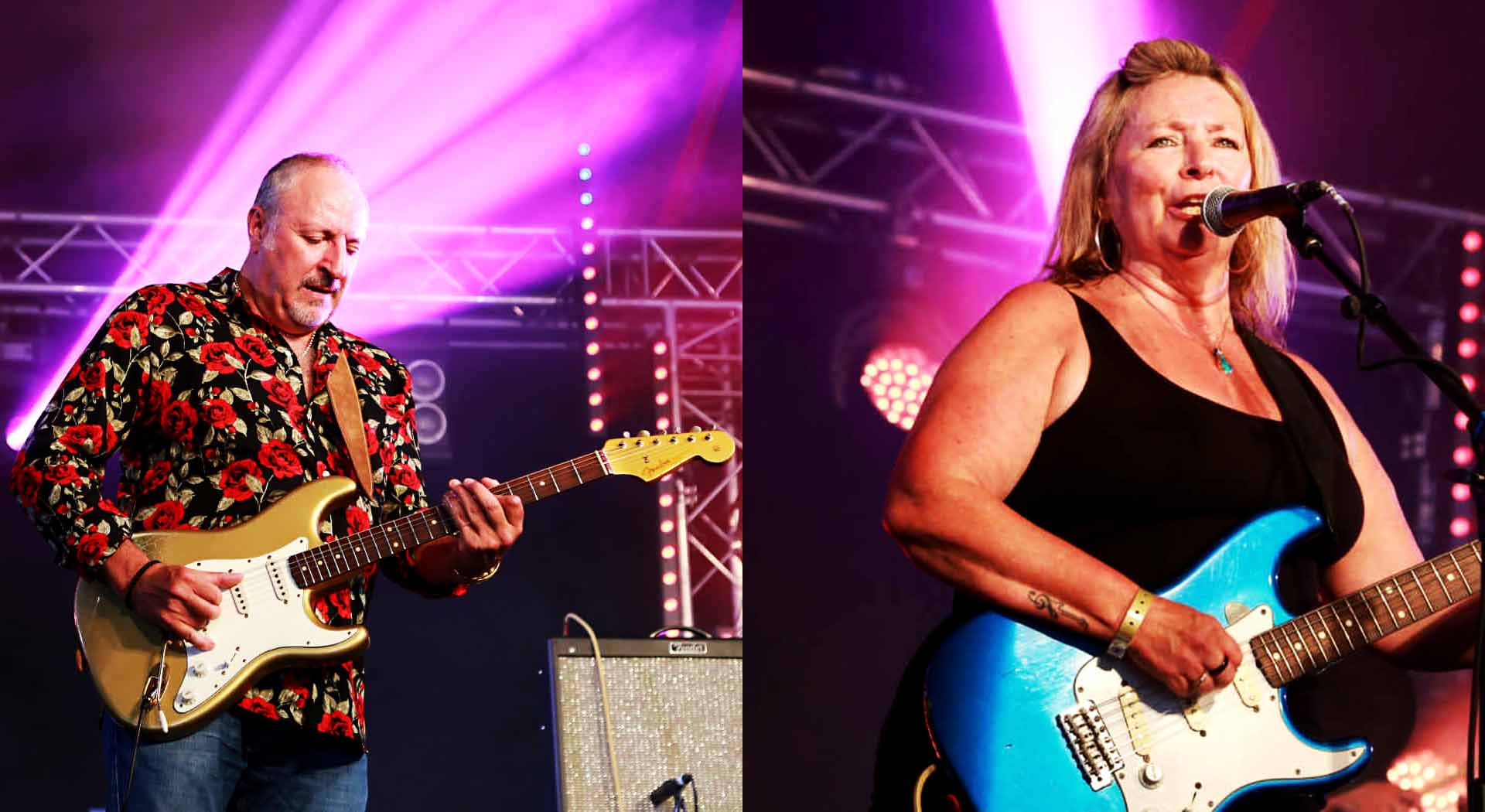 2022 Friday Night - headline act
Bad Influence is based in South London and is led by Singer/rhythm guitarist,
Val Cowell, and lead/slide guitarist, Richard Hayes.  Pete Stroud (Peter Green/ Buddy Whittington/ P. George) completes the lineup on Bass guitar and Jonny Brister on drums.
The band has received much critical acclaim for both their original material and cover versions from Bonnie Raitt to Tom Petty and Fleetwood Mac.

They have appeared on all types of stage from 17 Marquee headlines to BBC Radio 2 , Best of British Blues in the studio and on the road, and even a tour with Status Quo!
Val (“the voice”) has been described as having “a tidal wave of a voice that can take on our greatest singers” while the bands’ performances “always leave their audiences handsomely entertained “

Bad Influence has definitely “paid their dues” and are considered by many to be one of the best in their field, delivering their sound of powerful vocals alongside classic guitar-driven rock-solid blues.